SUBMISSIONS ARE NOW OPEN FOR 2020!

This year we have a couple new contests going on for the 2020 Magic Of Horror Film Festival.

All submissions will receive the judge's score cards!

SHORT FILM COMPETITION:
Films must be no longer than 45 minutes (including credits).

TRAILER COMPETITION:
Trailers for feature films. Must be under 2 minutes long.

GIVE US YOUR WORST COMPETITION:
A brand new category for this year is our “Give Us Your Worst” film block. Film-makers are encouraged to send us their worst films. (Short films where things didn’t quite go as planned, disastrous 48-hour projects, etc…) Selected film-makers will be invited to tell their real on-set horror stories during a Q&A session at the end of this block. This category is not eligible for Audience Choice awards, but there will be a special jury prize.

Please read all of the policies and rules below before submitting.
All submissions will receive the judge's scorecards (sent electronically) in August 2020. Please make sure that your email address on Film Freeway is correct.

All entries must be in English (or have English subtitles).

All film submissions must have been created after December of 2014. The submitted piece must be complete. There are no premiere or release restrictions on films.

No works-in-progress will be accepted.

All entries must be original works, no “fan films” or adaptations. (Unless adapted from the film-maker’s own original story/novel or a work that is the public domain.)

Films may not include real violence toward humans or animals. No pornography. (Simulated sex is okay.)

Only a director or producer may submit a film or trailer. The director/producer with the submission of the film affirms that he/she has all the copyrights of audio, video, images and music of the film or rights to the story and he/she remains responsible before the law.

Understand that the submission fee does not guarantee your project a place in the festival. Entries are judged by a panel who make the decisions of Official Selections, Finalists, and Jury Prize winners. The judges decisions are final and may not be disputed.

All entries must be sent via FilmFreeway. Please do not send DVDs, BluRays, or any downloadable files to us directly.

Submission fees must be in U.S. dollars. These fees are non-refundable, even in the case of disqualification or withdrawal of an entry. There are no exceptions to this policy. Films that do not follow the rules will be disqualified, so please ask any questions before submitting.

In the spirit of fairness to all, we do not offer student discounts or hardship waivers for the submission fees.

You agree to indemnify and hold us harmless from any claim made by you or any third party due to or arising out of project(s) you submit to this contest. You understand that there are thousands of writers and film-makers and the similarities in story, plot, characters, etc... of two or more films are certainly a possibility. The contest directors and judges will not knowingly share your submission with any third party.


IF SELECTED FOR THE FESTIVAL:

All filmmakers understand and accept that if their film is accepted for presentation and screening at the film/video festival, they grant full and unrestricted permission for Rogue Chimera Films LLC / Magic of Horror (MOH). to screen the film/video at times of the festivals choice and to charge an admission fee for the festival.

We had a fairly large crowd in 2019 and have reason to believe that we may sell out for the 2020 event. Because the venue has limited seating capacity, film-makers and screenwriters must reserve (RSVP) at least three weeks before the festival date to receive two complimentary tickets to their screening block. Those who do not RSVP in time will forfeit their complimentary tickets and there will be no guarantee that ticket will be available for purchase.

Winners will be announced at the awards ceremony at the end of the festival. Award-winners who are unable to attend the festival will have their awards sent to them either digitally (certificate awards) or via postal service (trophies).

The Filmmaker understands and accepts that they do not participate in receiving any funds from the ticket sales to the festival, which are fully retained by the event organizers to help cover the overall cost of the festival presentation.

Selected film-makers may be asked to submit an additional digital screening copy of their film along with any promotional materials they have available such as film poster, trailer, still photos, film-maker biographies, etc... The Filmmaker grants MOH the right to use any and all promotional materials in any manner they see fit for publicity purposes related to the festival. All requested materials must be received by the festival no later than August 25, 2020 to be included in the event.

We keep all entries as secure as possible prior to and during the festival. (Digital files are erased after the festival is concluded.) However, with the popularity of camera devices (cell phones), we cannot promise the security of content shown at the festival. The filmmaker releases MOH and its organizers from any and all liability whatsoever for theft, copyright violations, or piracy of the entry.

The Filmmaker accepts and understands that the festival, in conjunction with the Firehouse Theatre, will do everything possible to present the films in the best possible manner but the festival is not responsible for any and all malfunctions or technical difficulties during the presentation of any film at its festival screening.

The Magic of Horror festival reserves the right to make changes in the screening date and times and to possibly not screen a film regardless of its being selected for screening. 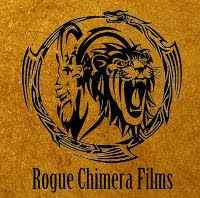 The Magic of Horror is presented by Rogue Chimera Films, LLC. 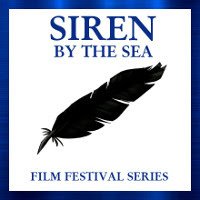 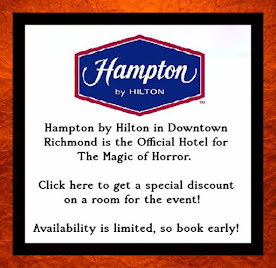 The 2020 Festival will be held at the historic Firehouse Theatre in Richmond, VA.