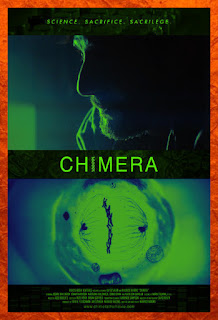 CHIMERA
(aka Chimera Strain)
Directed by Maurice M. Haeems
A brilliant but disturbed scientist decides to freeze his children alive, while he races against time to cure their deadly genetic disease by unlocking the secret of immortality encoded within the DNA of the Turritopsis jellyfish.
See Chimera Strain on Amazon 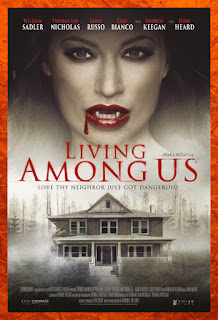 LIVING AMONG US
Directed by Brian Metcalf
Vampires have just made themselves public! Now a group of documentarians have been granted access to spend some time with them and learn how they live and coexist with humans. But as reality sets in, the crew realize they are in for far more than they bargained for.
Watch Living Among Us on Amazon 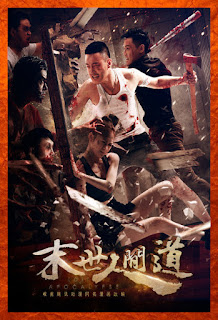 LOST IN APOCALYPSE
Directed by Sky Wang
A group of seemingly unrelated individuals fight their way out of a virus-infested hotel, only to find themselves at a worse place than before.
Learn more about Lost In Apocalypse 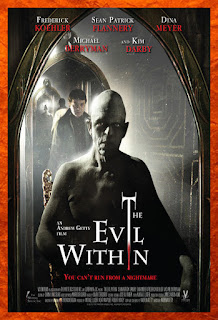 THE EVIL WITHIN
Directed by Michael Luceri
Dennis Peterson (Frederick Koehler, Death Race) is a mentally challenged teen who lives with his older brother John (Sean Patrick Flanery, Saw 3D: The Final Chapter). While John struggles between caring for Dennis and maintaining a relationship with his increasingly impatient girlfriend Lydia (Dina Meyer, Starship Troopers, Saw), Dennis finds a friend in his own reflection in an antique mirror. But in reality, the reflection is soon revealed to be an Evil Entity (Michael Berryman, One Flew Over the Cuckoo’s Nest, The Hills Have Eyes) who is more charming, smarter and stronger than Dennis, and instructs him to do horrific things in order to ‘fix’ his brain.
Tortured and confused, Dennis embarks on a murderous rampage, collecting the bodies in his basement. A police investigation, helmed by a determined social worker (Kim Darby, True Grit), targets the Peterson’s in an attempt to uncover the truth behind the murders. With the walls rapidly closing in, Dennis makes his final play...with devastating results.
See The Evil Within on Amazon
SHORT FILMS
.............................. 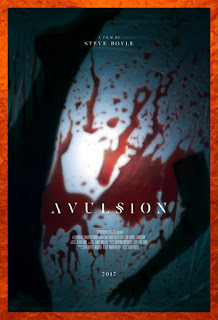 "AVULSION"
Directed by Steve Boyle
A white collar worker visits an escort with an unusual gift to grant his deepest fantasy.
See "Avulsion" on Vimeo 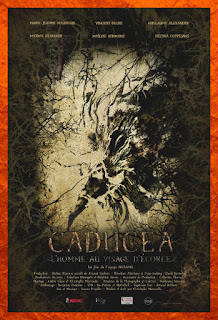 "CADUCEA"
Directed by Christophe Mavroudis
"Tom hides not only a deformed face behind his flamboyant Commedia dell'arte masks, but also a dark secret that won't be divulged until decades later. "
Learn more about "Caducea" 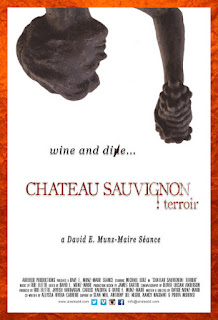 "CHATEAU SAUVIGNON: TERROIR"
Directed by David Maire
'Chateau Sauvignon: terroir' follows the isolated adolescent son of a storied vintner family who finds himself torn between obeying his father’s callous restrictions and preventing his ailing mother from deteriorating further.
When a doting woman and her indifferent son arrive seeking a tasting and tour of the winery, Nicolas sees an opportunity to help care for his mother, as well as prove his worth to his choleric father. However, his wayward plan quickly takes a turn for the worse, and his missteps puts his family’s secretive murderous ways in peril of being unearthed.
See the trailer for "Chateau Sauvignon: Terroir" 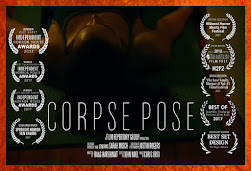 "CORPSE POSE"
Directed by Sarah Misch
Avril moves into a new apartment, hoping to start over after a traumatic event. But, can she really escape her past?
See "Corpse Pose" on Amazon 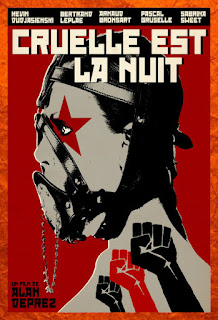 "CRUEL IS THE NIGHT"
Directed by Alan Deprez
During a dark night, AETNA's activists are on their way for a risky mission : killing a shady well-known figure.
The target ? The unreliable politician Hein Stavros. But when they reach his opulent-looking villa, they end up in a real "pleasure party"...
See the trailer for "Cruel is the Night" on Vimeo 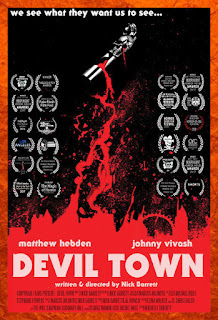 "DEVIL TOWN"
Directed by Nick Barrett
Patrick Creedle is one of London's more obnoxious letting agents and a man who's used to getting exactly what he wants - but on this particular day Patrick's world is about to crumble as he crosses paths with a most unusual nemesis - a man that may just save him from the end of the world....
See the trailer for "Devil Town" 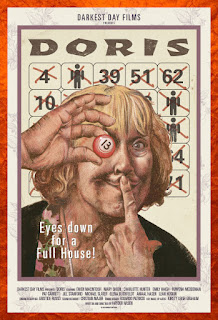 "DORIS"
Directed by Hayder Hasen
When single mum Karen and her baby visit their elderly neighbour Doris, Karen soon realises things are not at all what they seem. Doris has plans for Karen and the baby and enlists a group of elderly cohorts to see her plan through.
A short original film full of deranged and quirky characters. Expect the unexpected in this weird and disturbing story of neighbourly love, friendship and murder, but mainly murder.
See "Doris" on Amazon 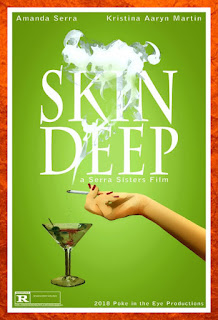 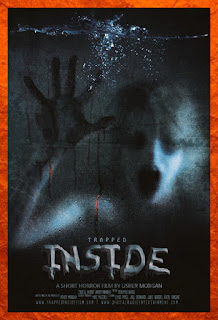 "TRAPPED INSIDE"
Directed by Usher Morgan
Macy Nash wakes up after nearly drowning in the tub to find herself locked inside a dark and eerie bathroom. Things quickly go from bad to worse as she realizes that there's something else in the room with her.
See the trailer for "Trapped Inside"
TRAILERS
........................ 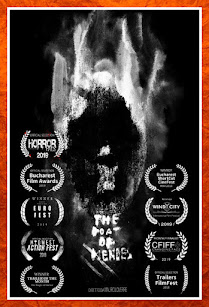 "THE GOAT OF MENDES"
by Mauro Loverre
A bunch of guys decides to spend a night in Leri Cavour to celebrate the bachelor party of Andrew in a different way. Leri is a completely uninhabited village in Piedmont (in the North-West of Italy), abandoned years earlier because of the construction of a nuclear power plant too close to the village. The guys will discover at their own expense that a community of devil worshipers has been living in the village.
See the trailer for "The Goat of Mendes" 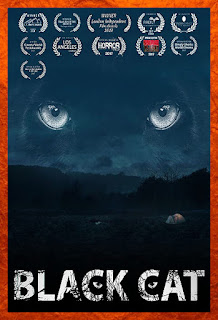 How far would you go to find the truth?

Two friends investigate a local myth that a panther roams the south England countryside... but not everything is as it seems, and sometimes the truth is worse than the legend. 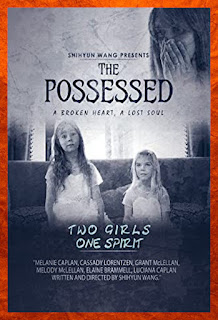 "THE POSSESSED"
(aka "Girl Possessed")
by  Shihyun Wang

A lonely girl gave her heart and soul to a lonely spirit. Can she be saved?

See "The Possessed" on Amazon 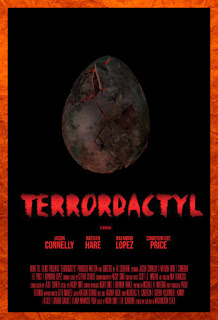 "TERRORDACTYL"
by Eufemia Scarfone
Three friends from high school go on a camping trip, but the fun and games end when one of them steals a "fossil" from an abandoned nuclear power plant.
See "Terrordactyl" on Amazon